More payment options
Newsletter
Sign up for our electronic newsletter and be the first to hear about our many great sales.
Sign up
You are here:  Frontpage / DPH Trading - Danish Porcelain House - Collectibles, Plates, Figurines, Vases, Bowls, etc. / About us / The story of DPH

The Story of DPH Trading

The company was based on Joergen Risager's idea of making trading with the Christmas plates his career.

He had this idea during a dinner at his brother- and sister-in-law's in 1970. The brother-in-law had bought a personal stock of Christmas plates, which were meant to be his retirement savings. Back in 1970 it was very difficult to get hold of Christmas plates. Delivery times were very long, you had to buy them in at the hardware store, and you were only allowed to buy one. At least you needed a very good reason to be permitted to buy more than one (could be something like - I could not bear, if my old grandmother did not get the newest addition to her collection as well.)

Luckily the plate-trade thrived in Bolbro, where the company was situated during the first ten years. Danes as well as Americans were more than willing to buy. During those years "Dansk Platte Handel" exclusively dealt in plates and a few figurines. However the selection grew quickly to hold a extensive selection of Danish as well as foreign plates and figurines plus supplements for old dinner and coffee sets.

The supplement became antique, semi-antique and new Chinese and Japanese vases and jars, and soon the lamp-assembling workshop was established, as most of our customers prefer lamps to vases or jars. At the same time, the company name was changed to DPH Trading, as the name "Danish Plate Trading" did not cover the sale of lamps, vases and jars. - Jorgens wife Inger Risager joined the company, and stared as a sales represantative for DPH.  - Learn more about Inger Risager

In a sense, the good destiny has never been far from Joergen Risager. DPH benefited from the connections to Japan when receiving a visit from Japanese suppliers. They instantly fell in love with the Danish Christmas plates and this was the kick off of a large export of Christmas plates to Japan. The export started in 1989 and boomed by 1993, where the Japanese really got their eyes up for Danish collectibles.

The art of limitation has never been Joergen Risager´s strong point. Through the years the company has gone through expansion and development. It has been necessary to extend the buildings several times- a bigger showroom as well as bigger storage room have been added. The selection of articles have expanded in several directions. Further to the Chinese and Japanese lamps the selection now contains lighting articles of various kinds as well as furniture, mirrors and artwork. 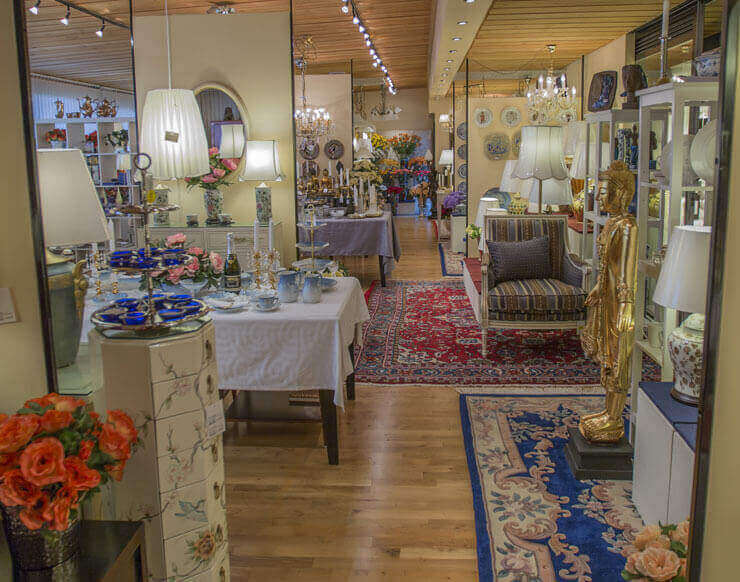 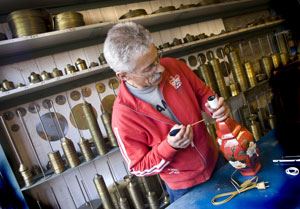 The lamp-assembly workshop has become a small niche production, from which we have benefited considerably. Our selection constantly grows, and all along new and exciting products are found.

As to IT, DPH Trading has always been in front, as Joergen Risager is absolutely fascinated by the amazing options and possibilities of computers. Also in our contact with the customers the computer, and the internet especially, is a well qualified and quick media. With a wide range of collectors worldwide as our customers, business would be almost impossible without the internet.

DPH Trading launched a web-site and shop - the result of million-investments in IT technology etc.

Investments in the future, for the benefit of our customers and ourselves. The site presents some 13.000 products from our stock. The number of items is continuously increasing. At the site details, data and historic data on products, manufacturers, artists and much more are found.

We are still adjusting, correcting and adding further functions to our site, working intensely to give you as a customer the best possible service.