More payment options
Newsletter
Sign up for our electronic newsletter and be the first to hear about our many great sales.
Sign up
You are here:  / Home page / Brands / Royal Doulton

Number of items:   28
Items per page:
Show as:
▼
Prices shown in:
Price is based on delivery in:
EU
Other countries

In 1815, John Doulton invested his life savings (£ 100) in a small pottery. In Vauxhall Walk, Lambeth, he and the foreman John Watts were taken in as partners, by the widow Martha Jones, who had inherited a pottery from her late husband. The pottery produced salt glazed utilitarian items and pitchers, plain figural bottles and stoneware items.

The pottery earned big success in the industrial production of water filters in 1827. The water in London was heavily polluted and the cholera and typhoid epidemics were rampant, water filters coming in as the big saviour. By 1835 Queen Victoria commissioned the company to produce water purifiers for the Royal household and by 1862 the Doulton company, based on the advancement in Pasteur's micro biologic research, had developed purifiers capable of removing micro bacteria with 99 % efficiency. This new filter element (Manganous Carbon) removed chemical contaminants and bacteria as well as bad taste and odour - developed by Henry Doulton, John Doulton's son, who had joined the company in 1835.

Henry Doulton, the highest honoured potter, was knighted by the Queen (Queen Victoria) for his lifesaving efforts, and by 1901 King Edward VII gave the company the specific rights to put "Royal" in their name.

By 1882 the company acquired a factory in the Midlands - motherland of the Staffordshire potteries, and now the home of "The Doulton Drinking Water Purifier Company". The split-up of the company was definitively established. 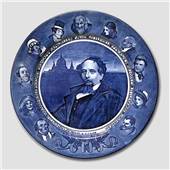 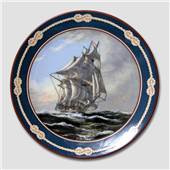 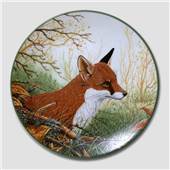 From 1858 until his death, John Doulton was the manager of the pottery in Lambeth. When John Watts retired, Doulton started experimenting with a more decorative line of pottery. Many glazes and decorative effects were developed. Included in production was soon to be found faience, impasto, silicon, carrara, marqueterie, chine and rouge flambe.

John Doulton's son Henry Doulton joined the company in 1835, and introduced new technological innovations to the ceramics production. By 1878 it was possible to purchase the "Pinder, Bourne and Company" factory in Burslem. Only four years later a new factory was built in Burslem. This factory produced, and still does, the famous figurines, jugs and tableware. In 1884 Doulton expanded the production to include porcelain and earthenware, introduced as well later that year decorated porcelain. At the original Lambeth location in the late 19th century, fine art wares were decorated by artists including Hannah Barlow, Arthur Barlow, George Tinsworth, and J. McLennan. The Doulton figurines were produced at the Burslem plants from 1890 to 1978. Earthenware was produced at the Lambeth factory, operating untill 1956 when it was closed down.

Today the whole company employs more than 6000 people worldwide. Industrially the Royal Doulton factories are among the world's most modern and efficient. Having bought up most of the rivals, industrially as well as in decorative wares, the company that Sir Henry Doulton founded through his visionary and entrepreneurial genius, most say to have kept up the inheritance. His company is today a huge, modern, thriving international enterprise with sale and distribution in more that 80 countries. The company today admired world-widely, within the industry, for its leadership and achievements, being in the top concerning innovative technology and encouraging individual artistry.