More payment options
Newsletter
Sign up for our electronic newsletter and be the first to hear about our many great sales.
Sign up
You are here:  / Home page / Brands / Arabia

Arabia is to Finland, what Royal Copenhagen is to Denmark and Rorstrand to Sweden. It is the largest and most wellknown producer of ceramics and porcelain in Finland.

Number of items:   99
Items per page:
Show as:
▼
Prices shown in:
Price is based on delivery in:
EU
Other countries 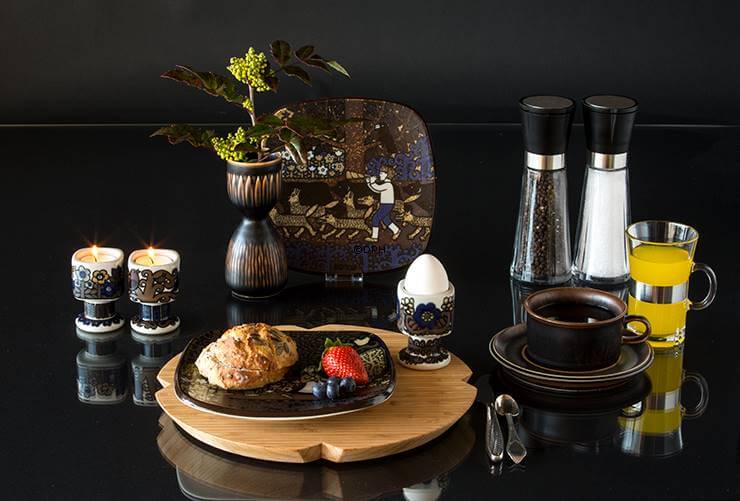 The story of Arabia starts with Rorstrand in Sweden. in 1873 Rorstrand achieved permission from the Swedish government to establish af subsidiary in Finland. The construction went ahead on a piece of land in the northern end of Helsinki. The area called Arabia gave name to the factory. Rorstrand sent specialist ceramics to the factory, where production began in October 1974.

The industrial production of ceramics was still in its infancy in Finland, but in strong growth due to good economic conditions. The background for Rorstrand's wish to establish a subsidiary in Finland was motivated by the desire to gain access to the Russian market, since Finland at that time was part of the Russian empire and thus an excellent way to gain marked access in Russia proper, where customs cost could be circumvented by producing in Finland.

Arabia was incorporated in 1885 with Rorstrand holding 90% of the shares. The first decorated dinnerware Helsingfors was introduced in 1882 and more followed soon.

In 1895 the factory had 300 employees and a third of the production went to Russia. On the home market the competition increased due to imported German porcelain. After 1900 the export to Russia decreased due to higher internal customs.

During the Great War in 1916 Rorstrand sold its shares to Finnish buyers and Arabia became an independent company.

During the interwar period Arabia was shortly on German hands, but became Finnish owned again in 1927. Furthermore a production of electrical insolators began in the same way that Bing & Grondahl did in Denmark with the Porcelain Factory Norden.

In the 30's Arabia was hit by the depression, but with Kurt Ekholm as new artistic director an artistic department was set up and the product range was limited.

Despite the war and sales quotas Arabia was allowed to expand the factory in the 40's, where the new factory ended up having 2000 employees.

The 50's saw great development in Arabias products and they began using modern marketing to reach the customers. Among other things a new large exhibition hall was opened on the Esplanade in Helsinki.

In the 1960's stoneware entered the product range and new dinnerware like Ruska and Paratiisi were introduced.

The 1970's saw the oil crisis and lay offs in the staff, but it was also the decade, where production of Arabia annual plates by the artist Raija Uosikkinen with motifs from the Finnish mythological collection Kalevala started in 1976. These were followed by the Arabia Christmas plates beginning in 1978.

In the 1980's Rorstrand was taken over by Arabia's parent company Wärtsillä meaning that Rorstrand became a subisdiary of Arabia chancing the roles of the two.

In the 90's Arabia and thus also Rorstrand was bought by Hackman, which led to Arabia being a brand of the Hackman group.

Arabia was produced in Helsinki until 2016, when production was moved abroad. The Arabia factory's buildings are today part of the Aalto University and houses its college of art, design and architecture.

Arabia is still one of the largest players in Finnish ceramic design today. 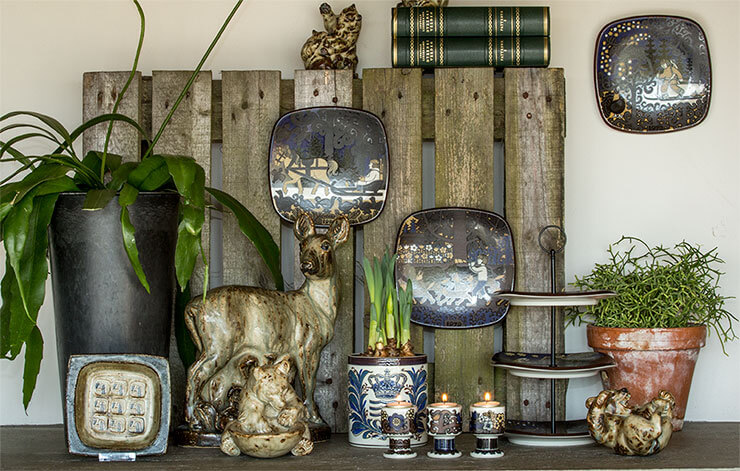