More payment options
Newsletter
Sign up for our electronic newsletter and be the first to hear about our many great sales.
Sign up
You are here:  / Home page / Brands / Ipsen

Here you will find our entire list of Ipsen products. The story of Ipsen can be found below.

Number of items:   36
Items per page:
Show as:
▼
Prices shown in:
Price is based on delivery in:
EU
Other countries

Terracotta is unglazed ceramic that burns hard enough not to need glazing. It was important to Peter Ipsen that his works should be able to be used by their form alone and not be glazed. It caused him problems in the beginning, as the hardware stores were reluctant to buy it. However, he received great support from Hetsch, who was interested in his work and he continued relentlessly.

This led to him being able to build his own factory on Utterslev field in 1847 and a year later he was able to open his own shop on Bredgade 31. In 1852 he had great success with an exhibition on Christiansborg riding arena.

After this, things progressed for the factory, but Peter Ipsen himself did not manage to experience the factory's heyday. He had always had poor health and in 1860 he died. It was his wife Louise who continued the factory after his death, which is why it came to be referred to as Ipsen's widow.

In 1865, his son Bertel Ipsen took over as general manager of the factory and the works were awarded prizes abroad.

In 1895, the factory was transformed into a family limited company and came to engage many of the well-known Danish designers of the time.

Ipsen continued production until 1955, when the factory was closed and production of the special yellow terracotta pottery ceased. 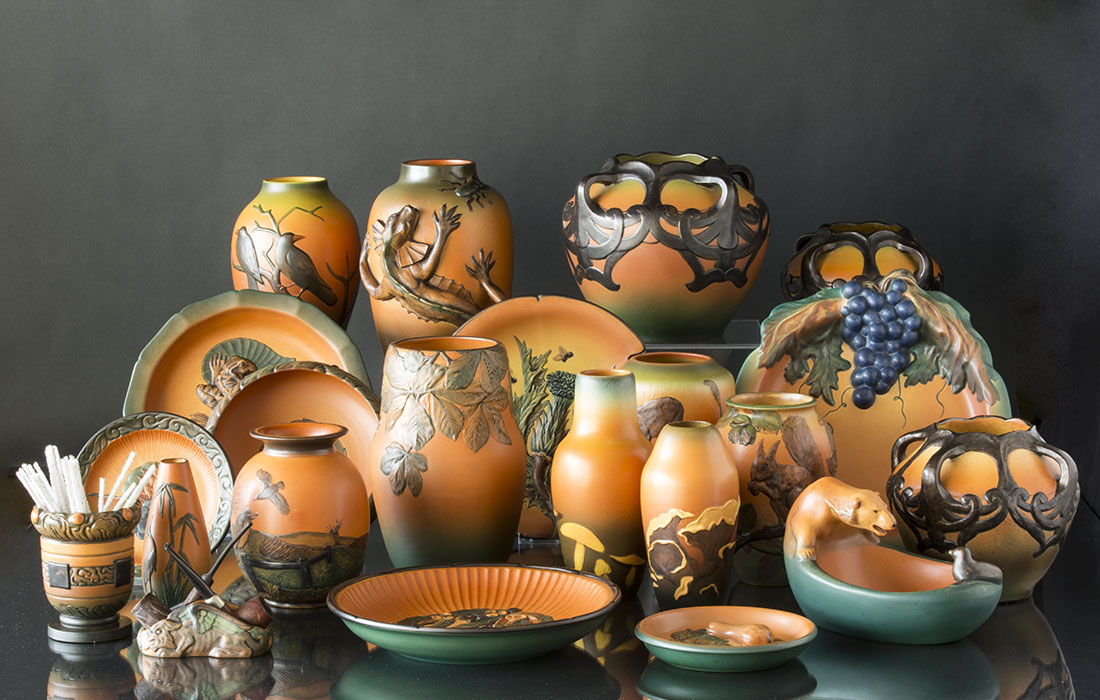