More payment options
Newsletter
Sign up for our electronic newsletter and be the first to hear about our many great sales.
Sign up
You are here:  / Home page / Brands / Gustavsberg

Gustavsberg started producing porcelain in 1825, but the name and the ceramic production in the area is much older.

As early as the 1600's Gustav Gabrielsson Oxenstierna and his wife Marie de la Gardie set up a clay pit at Farsta vig, which would later be renamed Gustavsberg after him. The Gustavsberg area is today an urban area in the archipelago of Stockholm.

In 1825 the clay pit was closed and in stead permission was given to build a factory for the production of porcelain. In the mid 1800's the English method was adopted and this was marked by the introduction of the anchor brand in 1839, which can still be found on products from Gustavsberg.

In 1864 Gustavsberg was one of the first factory outside of England to introduce bone china.

The most important leader of Gustavsberg was Wilhelm Odelsberg, who was at the factory from 1869 until his death in 1924. He was the son-in-law of the first owner Samuel Godenius. 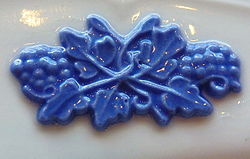 The service has come to be viewed as the archetype of Swedish services like the seagull service from Bing & Grondahl in Denmark.

The factory grew fast under the leadership of Wilhelm Odelsberg and in the 1890's the factory had 900 employees, which was a tripling since the 1860's. In 1902 he even succeeded in making Gustavsberg into a separate muncipality from Värmdö muncipality.

The factory was electrified in the 1890's with its own powerplant.

In 1895 Gunnar Wenneberg was employeed as artistic director and he renewed the selection with flower patterns based on the Swedish flora. Three of the patterns "Gunnar", "Mistel" and "Liljekonvalj" is still part of Gustavsberg's selection.

The Odelsberg family where forerunners in improving the conditions of the workers, which led to a labor union not being set up in Gustavsberg until 1919 almost a generation later than in the rest of Sweden.

The Odelsberg period ended in 1937, when the family sold to Kooperativa Förbundet (KF), which is a Swedish union of consumer co-operatives. KF was at the time the largest customer of Gustavsberg.

In 1939 the production of sanitary porcelain started and a few years later production of plastic also began. In 1947 the first Gustavsberg bathtub was made and from 1948 the production started. The bathtub was a result of a collaboration between Gustavsberg and the American automotive industry. It was innovative in that it was a formpressed plate bathtub that was lighter and easier to work with than cast iron bathtubs, which were the norm. The bathtub became a great success and fast came to dominate the market.

In 1971 Gustavsberg started producing Christmas plates and in 1973 another series began making two series of Gustavsberg Christmas plates; the first that ran from 1971 to 1998 had motifs of Christmas decorations and later people and animals and the other that ran from 1973 to 1986 and showed more traditional Christmas motifs. Aside from these there were a small series of two plates showing the Virgin Mary with Baby Jesus and the Fligth to Egypt. 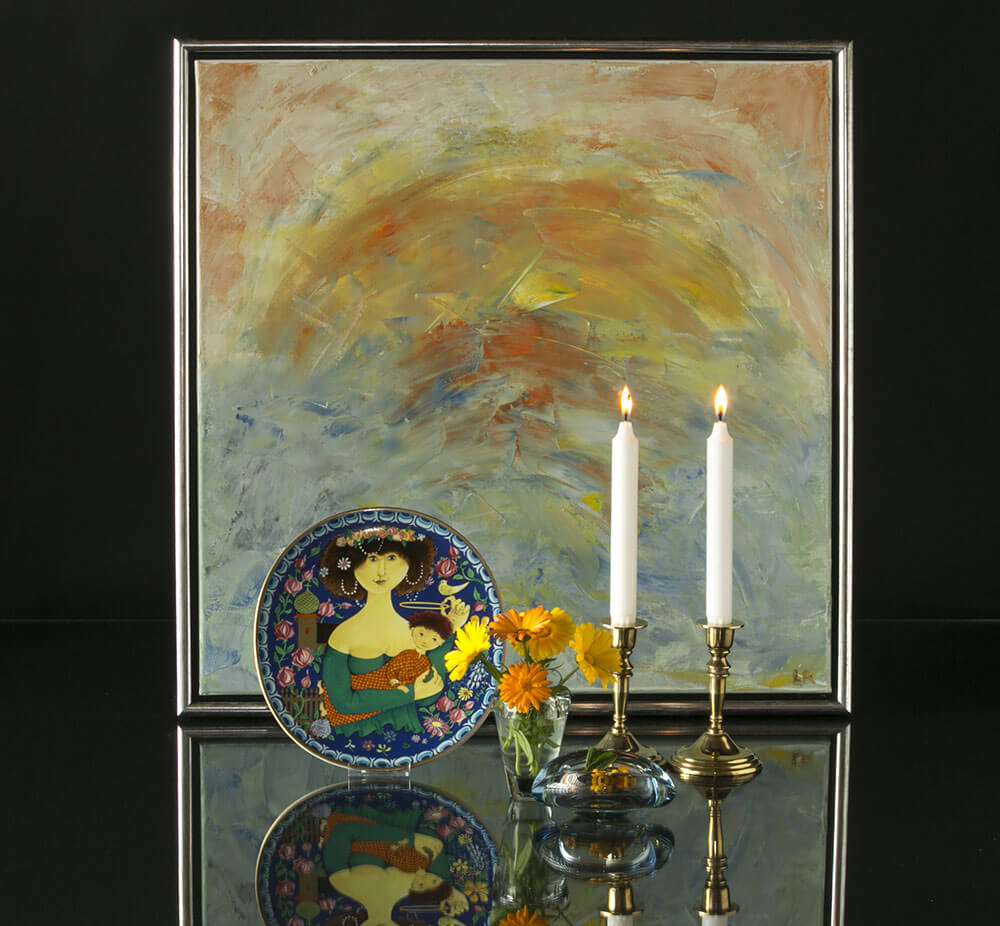 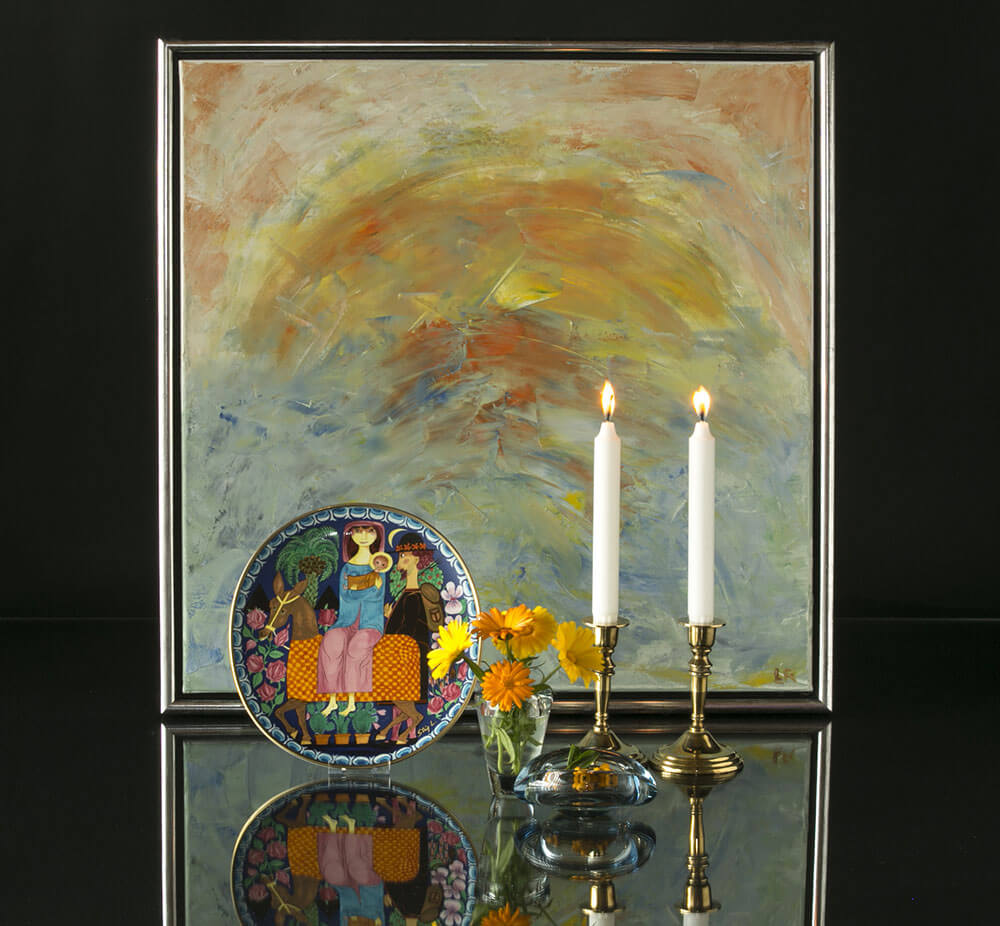 Furthermore Gustavsberg produced a series of annual plates by the artist Einar Nerman in support of the Psoriasis union. This series ran from 1976 to 1993 and consistes of silhuets in white on a blue background.

A beautiful series with endangered species was also produced with the animals in golden silhuets on white plates.

Finally Gustavsberg also produced a number of memorial and jubilee plates for the Swedish monarchy and other occasions.

The period saw hard times for Gustavsberg, however. The competition from cheap imported porcelain became ever greater and the porcelain production was maintained through support from the economically strong sanitary division. In the end even the sanitary and bathtub division started to struggle.

This all led to KF splitting up Gustavsberg in the four divisions in 1987. The bathtub production, which had once been such a success was completely closed in 1992. The kitchen porcelain factory was sold to Finnish Wärtsilä, who also owned Rorstrand and Arabia, in 1987. The plastic factory was sold and the name disappeared. The sanitary factory was also sold in 1987 and finally ended up being owned by Villeroy & Boch, who had problems with the costs of running the factory and in 2003 the production started to be moved to Romania and later in 2014 the last parts of Gustavsberg sanitation was closed in Sweden. Gustavsberg continues as part of Villeroy & Boch with production outside of Sweden.

The reformed Gustavsberg was successful in setting up the new production and many new services has since been introduced and the new Gustavsberg has become purveyor to the royal court of Sweden. Gustavsberg porcelain is an excellent example of a fabrication that has succeeded in being maintain at its place of origin.

If you read Swedish you can find more about Gustavsberg at their homepage.