From the founding of Royal Copenhagen 1st May 1775 it was decided that the trademark/brand/factory stamp should consist of three wavy lines (waves), symbolizing the three waterways through Denmark; the Sound and the two belts (the Sound (Oresund)), the Great Belt and the Little Belt).

How do I determine the age of my Bing & Grondahl porcelain then?

About the Royal Copenhagen Trademark

The trademark has been used with little variations ever since the founding and every single piece of porcelain produced by Royal Copenhagen has been stamped with the three waves.

The trademark with the three waves has had changes through the years. This makes it possible to tell the age of each piece of porcelain by Royal Copenhagen.

From 1775 the wavy lines were painted by hand, but in the 1870's Royal Copenhagen began to stamp and glaze the trademark.

1892
Stamp in red or green on top of glazing. Used for export items by request from the US.

1894-1900
Stamp in green under the glazing. Crown and DANMARK together with blue waves.

From 1905​
Handpainted trademark in blue under the glazing. Used for Juliane Marie porcelain (original on re-productions of 1800's-models).

1921​
Handpainted trademark used for the production in China.

1923​
Blue waves trademark. Crown and DENMARK stamped in green under the glazing.

From 1889 to approx. 1922​
Crown and ROYAL COPENHAGEN stamp in green under the glazing together with a blue waves trademark.

1923​
Crown and ROYAL COPENHAGEN stamp in green under the glazing together with a blue waves trademark. Used since 1923 (small trademark).

Since 1935 Royal Copenhagen have added a small line in the trademark on almost every single piece of porcelain. This small line indicates which year the item has been produced.

By looking at the small green lines/spots above or under a letter in the trademark you are able to determine the year of production and thereby the age of the porcelain item.

I.e. on items produced in 1935, the green spot/line is placed above the first letter in the company name (R). The three waves are still part of the design just not shown on the picture for this purpose.

Use the sketch below to see the following years and how the line above a letter in ROYAL COPENHAGEN tells you which year the item is produced. 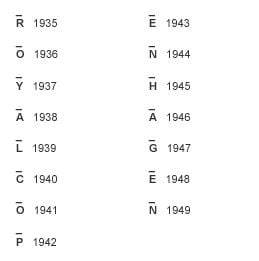 Using the sketch below you can tell the year of production by which letter the small line is placed below in the words ROYAL DENMARK COPENHAGEN: 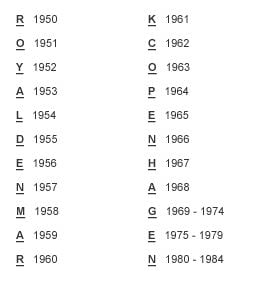 Below you see some examples of markings on years before 1985: 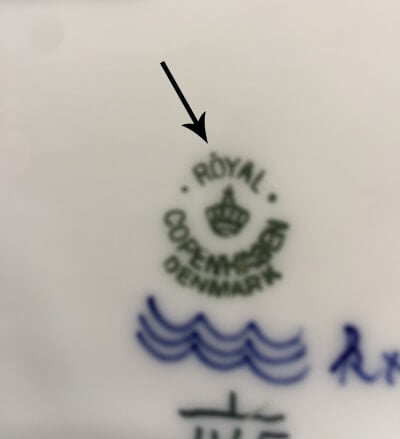 With line above the O in ROYAL it becomes 1936 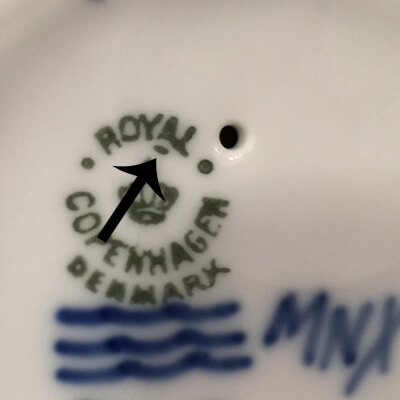 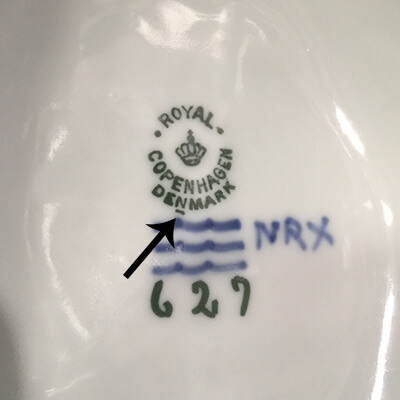 Line below the N in DENMARK show 1957 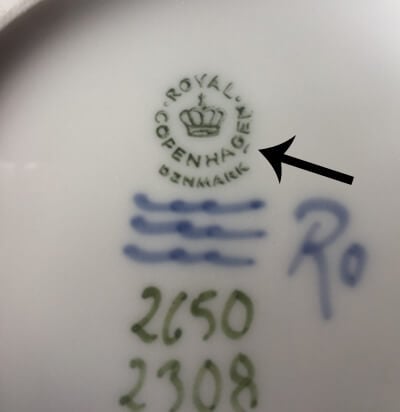 The trademark from 1985 until now

From 1985 two small lines were employed to indicate the year of production.

See the sketch below to learn what the year of production is on Royal Copenhagen porcelain items: 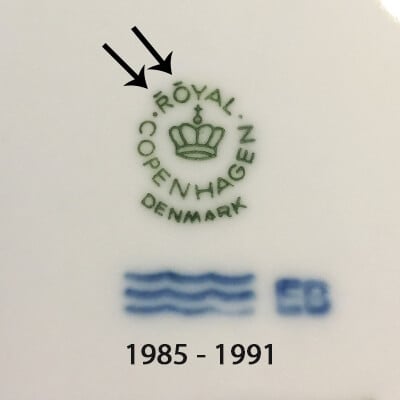 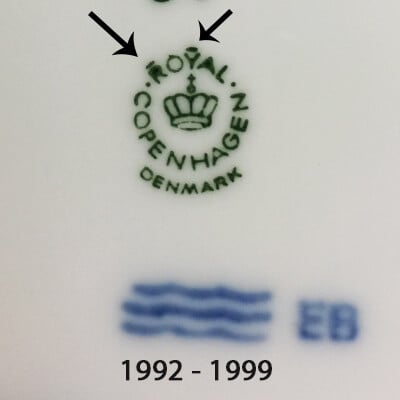 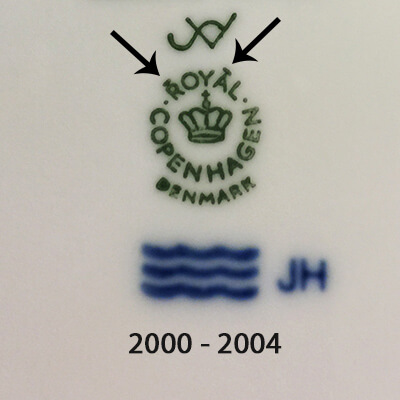 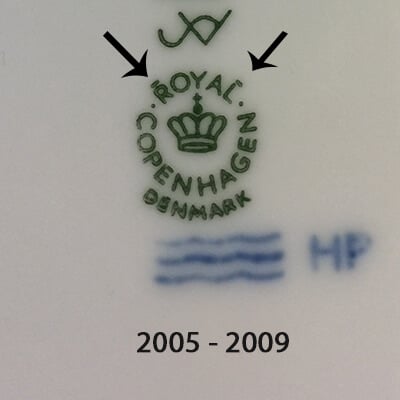 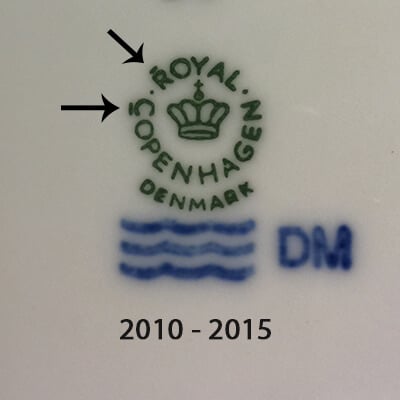 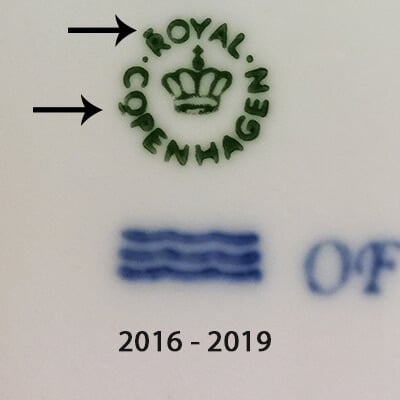 How do I determine the age of my Bing & Grondahl porcelain then?
Trustpilot